Does bribing work with God?

Yes, we all try to bribe God: if you give me this I will give you that.

Indians are big on this. They sacrifice goats, gold, jewels, fancy clothes, big money to their gods. They think if they only give enough of things (the primitives used to sacrifice their own to appease the gods), the gods will take care of them.

Our turning to the power we call God always has its motives, too: keep me safe, make me win that contract; we adore Him or Her so the Power will treat us kindly.

We become good slaves so S/he will be a good master.

None of these will work without love. It is the only sacrifice required of us, and what a sacrifice! The more we give of ourselves, the more we become. The more we surrender, the more, and deeper, we are given of life.

Lest we forget the women in Sikh history 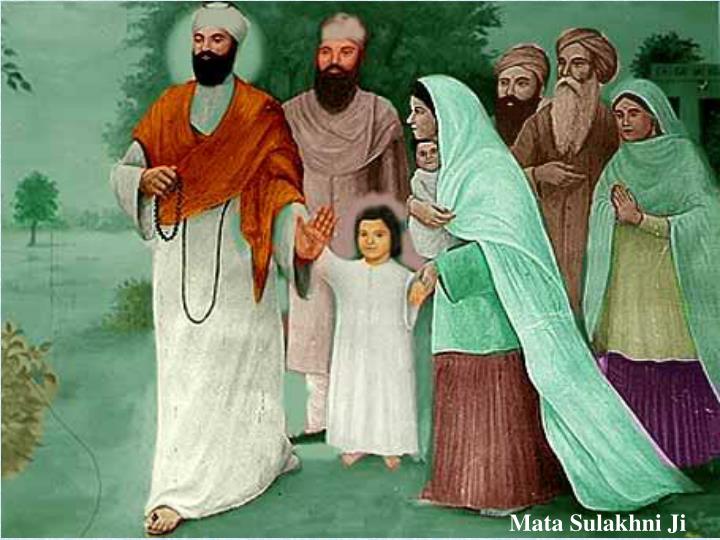 In Into the Great Heart I write about the women who were part of Guru Nanak and Guru Angad's history.

One of my earlier books, The Singing Guru had mainly male protagonists and the many historical women -- Guru Nanak’s wife, Mata Sulakhni, his sister, Bebe Nanaki, Mata Khivi, Bibi Amro, Guru Angad’s wife and daughter, respectively, Nihali, the woman who gave Bhai Lehna shelter -- who form part of this enduring saga, were only mentioned in it.

Their stories remained unimagined and untold and while writing Into the Great Heart I had to harken to their voices that spoke to my soul, my gender and the female question that has always existed and continues down to our times.

Even when it isn’t admitted or acknowledged in our patriarchal system, it persists, subconsciously and unconsciously, to affect the lives of both genders, societies and cultures at large whose members have been reared, and affected by the happiness, peace, and lack thereof, of women.

We cannot neglect one half of the equation and hope for wholeness.

Email ThisBlogThis!Share to TwitterShare to FacebookShare to Pinterest
Labels: Into the Great Heart

The man who abandoned his priesthood to follow his Heart 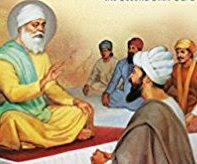 Legends of the Second Guru of Sikhs

Not much is known or written about Guru Angad (1504 – 1552), the second Sikh guru who succeeded Guru Nanak.

After writing The Singing Guru, the first book in the Sikh Saga series, I felt the need to write another book to conclude Guru Nanak’s life and legends, and to carry forward the story of Bhai Lehna who later became Guru Angad, and who was introduced briefly in the epilogue of The Singing Guru.

Into the Great Heart is about Bhai Lehna’s journey from being a priest at a Durga temple in Khadur, to becoming Guru Nanak’s disciple, and then his successor as Guru Angad.

Into the Great Heart is also about those legends of Guru Nanak that remained undeveloped in The Singing Guru, and about the many contemporaneous women in Sikh history whose stories remained untold in the first volume.

Born in Harike in Punjab; married a woman called Khivi; had two sons, Dasu, Datu, and a daughter, Amro; moved to Khadur when the Mughals sacked his hometown.

He was a devoted priest of a Durga temple in Khadur, where he danced to his Goddess, wearing ankle bells; took an annual party of pilgrims to Jwalamukhi, meaning ‘the deity of flaming mouth,’ a temple in the Himalayas built over some natural jets of combustible gas, believed to be the manifestation of the Goddess.

He heard a friend in Khadur, Bhai Jodha, singing one of Guru Nanak’s songs, and was ignited with a desire to meet its author; interrupted his journey to Jwalamukhi to meet him, abandoned his faith and his priesthood, and never left his master, Guru Nanak, again.